Associates of the BSA: Ambrose Poynter 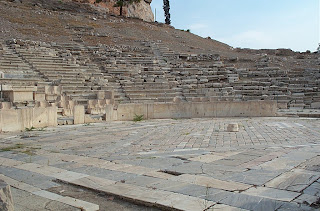 The younger Ambrose Poynter had been educated at Eton, and the Royal Academy School where he articled to George Aitchison (1825-1910), professor of architecture (1887-1905). Poynter became an architect in 1893. In the spring of 1897 he travelled to Greece to work on Roman period pavements in the Theatre of Dionysos and the Odeion of Herodes Atticus at Athens, and the Temple of Zeus at Olympia.