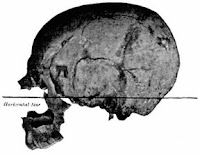 Excavations by the Greek Archaeological Service had drawn attention to the potential of Thessaly.

Alan J.B. Wace and A.W. Van Buren (of the American Academy at Rome) invesitigated the Magnesian peninsula in April 1905. They identified a possible site for excavation at Kato Georgi near Cape Sopias; this site, designated as Theotokou, was excavated by Wace and John P. Droop in 1907.

Wace and Droop had hoped to find remains of a Doric temple but were disappointed. They went 'maghoula-hunting' and identified a prehistoric mound at Zerelia near Almyros; this was excavated in 1908, with Maurice S. Thompson joining the team.

Wace and Thompson were joined in 1909 by T. Eric Peet. They worked on two sites: Palaeomylos near Lianokladi, in the Spercheios Valley, and Tzani Maghoula near Sophades. This work suggested to them that there were no clear links between the cultures of the Aegean and Central Europe.

Wace and Thompson excavated at Tsangli in 1910. Wynfrid Duckworth, who had worked with the BSA at Palaikastro, examined a skull found in one of the Neolithic levels. A second site was excavated at Rachmani, to the north-west of Larisa.

Image
Skull from Neolithic layer at Tsangli.
Posted by David Gill at 11:02

Hello, I am looking for information on M.S. Thompson...would you have a lead for me?

There is an entry with bibliography and other biographical information in my Sifting the Soil of Greece.