Easter at the BSA 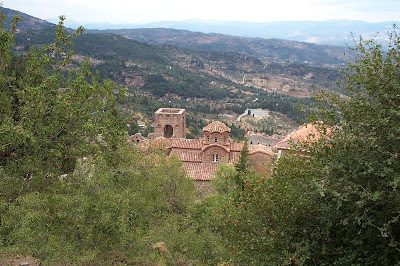 Easter Sunday had a special significance for Ellen S. Bosanquet, wife of the School's Director, Robert. On April 17 1903, Orthodox Easter, she gave birth to their first child, Charles.

It was rather a shock when the crucial moment arrived ... and I found at the bedside, not an accoucher in nice white drill jacket, but a Court official clad in blue cloth and gold braid, with orders jingling in a row on his chest. I have no doubt he had come to me straight from some court function ... The pangs of childbirth were punctuated throughout that day by the continual popping of firearms, for the Greeks celebrate Easter by "shooting Judas" at intervals. Finally, when it was seen that I had given birth to a son on Easter Day, there was universal rejoicing for a variety of reasons.

Charles later became the first Vice-Chancellor of the University of Newcastle upon Tyne.
Posted by David Gill at 19:13